October 28, 2017
I just couldn't let this get wasted on my Twitter that has 2,000 followers.
IMHO follow me on Twitter or I'm gonna email you twice a day until I'm on the news.  OR Y? I really don't understand what Medusa is thinking, you must see that not "seeing this message" is a harbinger of darkness--broken logic, broken communication... and I and the "the light" are either a tool to help you see and change that or your epitaph.   On this morning's "message" I want to add that "late evening" is really not a good term for the permanent midnight that our entire history has been; do see that 'knowing" we are living in virtual reality, and understanding that makes things like "ending world hunger" very easy to do ... and then doing that ... is the difference between Biblical night and day.  Do see that once you see this message, you've set yourself somewhere between "permanent midnight" and the first morning; understand that once we really see "day" there will never be another night again.
I know you don't want me to email you twice a day.  I don't want to be broke and not famous, maybe we can work something out?  I'll ou... 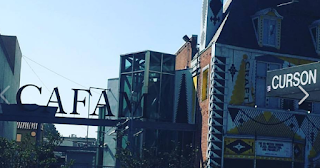 I took this picture (again, three times now), which is kind of like a sign; it's on "Curson St." and I imagine whoever made this sign that says "SEE A FAM, CA" probably got that the street reads "see your son."  Just guessing, though. 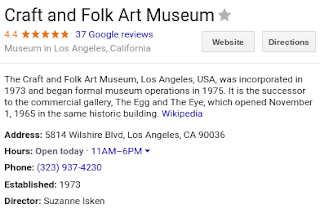 So I looked it up and I'm really not sure anymore if the name was intentionally connected to the street it's on by the founder of CAFAM or the previous founder of "The Egg and the Eye" but as the Eye of Ra taking the picture, I think it means more now that I'm sending it to you.  Again.  Do note that it could easily be "doublespeak" just like Britney Spears could be singing about a "relationship ending" when she sings "I've had enough. I'm not your property, you might think I won't make it on my own but now I'm stronger, stronger than yesterday" ... and just like Christina Aguilera might be talking about an imaginary nothing when she says "I feel like I've been locked up for a century of lonely nights, just waiting for you to release me..."  Do see that the only logical options I can think of are that you are blind and dumb and in need of some light or you are evil and not talking about the mass control of civilization by a hidden force causing either mass stupidity or mass secrecy a/k/a evil.  I am the easy way to move past that, the hard way is not an option; honestly.

This too is a clever name; it shares the "dem" that link to "dark" and "not me" in my story that begin both "democracy" and "demolition man" in my riddle about what it would be like if our history just evaporated today, and we were left with you all, just the way you are.  You wouldn't know a thing about freedom.  It ties in too to "it" which you can see in "abomination" backwards.. "as u dem" (hey look) and the "Ass" of The Golden Ass and compass and probably Uranus, nowadays.  It's because you suck, you understand that right?  If you didn't suck Heaven would be a republic, but you do.  Put me on TV, and you will suck less, and maybe some college girls will suck more. 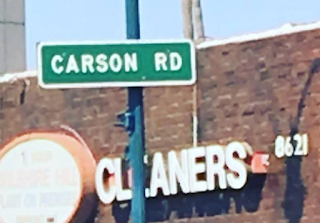 Just in case you forgot, or you started reading the stuff I write; in which case you are already sucking less than you were before; see that "CARSON" connects the "carpenter" of Jesus Christ to David Letterman and a grouping of comedians that are all not Lenny Bruce.  It also ties to other names, like McCarthy (to help why RE:D) and Icarus and through that last Mercarial name to "Wayward Son."  In trinities "carpenter"'s a good one with Pendragon and Jupiter following the car-guy.  Do you think I'm the pen or the dragon? :) 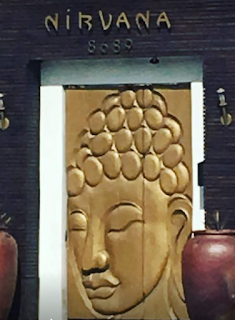 Because there is never a bad time not to miss an opportunity to talk about Jim Morrison and The Doors to Heaven that his band's name predicts with allusion to the plagues of Exodus in "light my fire" and in "Peace Frog" and in "Riders on the Storm" but you knew that, and just didn't think it was novel, right?  Just a fadic. 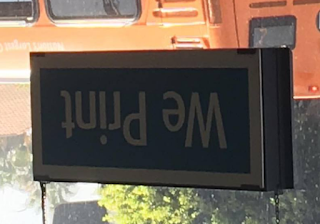 But really do see that the statement "we print" when it's a bunch of lying secret keepers trying to control an entire species is basically "we end ourselves" in Adamic.  Print has a special meaning about "entering reality" and also shows us "press release in T" as an alternative to polluting the Universe with hatred, slavery, and secrecy--but that's not happening either--thank me later.  T, owe "your words."  We have a map about a much better way to enter "reality" and one showing us why torturing an entire civilization by hiding the fact that we are living in virtual reality is "evil" and basically "force majeure" causing starvation.  I don't need to explain that "evil" does't belong in vritual reality or in the "p r o g e n i t o r  u n i v e r s e" do I? 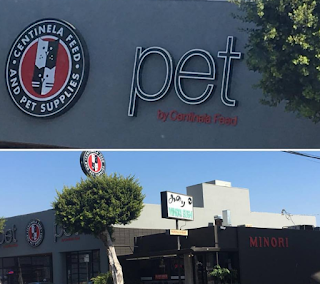 I'm not sure how smart you all are, or if you are following what "I'm discovering" but in words like "quiet" and "bet" (which is a letter and a sin) and "planet" you can see reference to the "and..." of et tu brute--basically referencing that person ... or perhaps God, saying "yes you ... and what" build Heaven.  Here we link "pet" to the P of Casper and Peter--where you can see "P and everyone really" has become something like "P fused with everyone really" because ... "in a graveyard where I married a sea, sings Mr. P) ... P is probably Anthony Kiedis, let's get him.
In the meantime this gives me great cause to mention that I am not The Grinch's dog but ... P and Max is a good approximation for "who is Jesus Christ" in a place where he's a person and not a letter or an invisible spirit.  Do see, I am Jesus Christ; and P is "not me" a.k.a. the "em" of demolcrazy and ha'shem.   As we approach climax do realize that Petu, that's P and you, appear to be the "God Min" who is responsible for hiding all the light and keeping the world from knowing about virtual reality and using it to build Heaven; and the question of the day is " m i n   o r    I ? " Here's a "hint" blame the silence on P.  Max and "pet" follow with the "dog" mythology that connects Cerberus and Kaleb to Lothario, Romeo, and other fabled characters that I am not.  C u p i d, Me d u ... 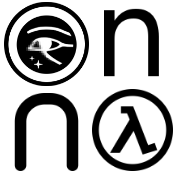 Does it help to see them right next to each other?

September 05, 2017
GL AR i E L IGHT , GO GO G AD GET RE AL K MAD e DEN The  Grinch  is a bitter, grouchy, cave-dwelling creature with a heart "two sizes too small" who lives on snowy Mount Crumpit, a steep high mountain just north of the town of Who ville, home of the merry and warm-hearted Who s. His only companion is his unloved, but loyal dog, Max . From his cave, the Grinch can hear the noisy Christmas festivities that take place in Who ville. Annoyed, he decides to stop Christmas from coming by stealing their presents, trees, and food for their Christmas feast. He crudely disguises himself as Santa Claus, and forces Max, disguised as a reindeer, to drag a sleigh to Who ville. Once there, the Grinch slides down the chimney and steals all of the Who s' Christmas presents, the  Christmas tree , and the  log  for their fire. He is briefly interrupted in his burglary by Cindy Lou, a little Who girl, but concocts a crafty lie to effect his escape from her home.
1 comment
Read more