End school shootings with the click of your mouse.

A simple vote on reddit makes you ... you ... the answer to "who ended school shootings?" Don't delay, figure it out.. this is the foundation of Heaven, proof we are in the Matrix and a very powerful "why we need to know."

Lots of people know about mind control. Nobody seems to be talking about why disclosure of it is the key between Heaven and Hell. (self.conspiracy)

submitted 2 hours ago * by itsalmosttime[🍰]

I know there's lots of proof of it, it's in nearly every song you've ever heard--and when you get down to the details there's proof that our civilization is created in every single word. If you read through this stuff, if you try to grasp it--you have a quantum leap to enlightenment before your eyes. There is a message in every word, it's the Cypher, the cheat code of the Matrix.

There's a map tied to this proof--also encoded in words and songs. .. a map that uses this disclosure to help you build Heaven.

The message is simple, disclosure of the existence of this technology, as well as the fact that we are living in the Matrix will nearly immediately end school shootings.

It will stop terrorism; and it will ...very quickly because of the strong message explaining the difference between "simulated reality" and not Hell ... is nothing short of Minority Report style pre-crime--something that is programatically simple to impelement.

Though, if nobody will talk about it, it's probably difficult to say that "minority" that things kids should be safe at school into becoming a majority. I find it hard to believe that ... in light of the truth ... there would be a majority opposed to stopping school shootings--the whole thing revolves around ... disclosure of the truth.

It takes "not a genius" to understand this proof, significant and obvious linguistic paradoxes pretending you don't see it is... putting bullets in kids heads.

It's really blatant, and easy to fathom. Look at the pretty picture. You can see "NES" in the heart of Genesis (no reason, right, and the Rock of SEGA telling you to turn around) ... see, really get: you are standing on the Rock of Ages... and this message is why.

in the heart of Nintendo, the "Xbox" and a Trinity that reveals ... a question in "The Matrix" ... do you see "NES" in Tennessee?

Do you see NES in Minnesota? There's a Trinity there too.

There is so much proof in songs and movies--this particular example linking Minority Report to Quantum Leap ... to see there's some magic connecting "Al" to doors and waiting rooms that could be used to instantly stop murder. The proof is probably not easy to grasp at first, but once you see how it works it becomes very clear that the characters of Sam and Al as well as this "tie" between them ... is all part of the key to the message.

I have an old version of ... proof that chemistry ties "It's Elementary my dear Whatsons" to a Biblical verse that shows 9/11 was predicted in Exodus to help us quickly stop school shootings and this horrible blockade on "the truth" that is surrounding the disclosure that we are living in virtual reality. It's here, I called it "CHALK."

I've rewritten it, and tried to help show you more of what the message that I see talks about, you can see the verses of Ecclesiastes 9:11 which George W. Bush recited on January 20, 2001 connecting to this series of elements from Mercury to Uranium that link 1:1 to the planets ... the key is that they prove the design of everything from Bush's name to the 9/11 attack.

the race is not to the swift - and a long discourse on how democracy has been held back from progressing with technology--and that's a key purpose and reason behind this message. I am trying to help us build a real democracy, and that's a big step in the foundation of Heaven.

nor the battle to the strong you can see "Salt" in China and "name" and not understand without knowing me and my story that this is a key that links Prometheus to Jesus Christ; with good reason. It is the name that unseals the existence of mind control and virtual reality--it is the key to this message.

Shakespeare asked "to be or not to be?" and the answer connects the Fifth Element ... the movie to the same name that is highlighted in the previous paragraph. My initials are AMD, and the "fifth element" key (that shows you Boron and Beryllium are actually the 4th and 5th elements) ... explains that the answer to the question posed is

I know it's a little confusing, but it's proof that our chemistry elements are designed and predicted in Ecclesiastes; it's proof tied to a message from the Creator, helping us to move forward.

I added this to the Wikipedia page for this song, it's a little... pushy for Wikipedia, but it's really got to be done somewhere (as if the millions of people that have read about Exodus actually being about ending Hell isn't a "decent start"), and I hear Him .. and see Him, and c him in this song. Except for his commentary relating to God and sex; he's completely wrong about that... see ma "Emblem" ... the only "female" I see is an intentionally broken Medusian collective.

The music video, as is common for the genre today, show the voice of the lead singer speaking through a number of other people's mouths. This depicting of possession is consistent with other modern art pieces including Fallen and Joan of Arcadia. The pattern as well as the lack of discussion of the trend is noteworthy in light of a large number of people complaining of experiencing similar phenomenon, these mental health issues have been highlighted in recent stories of Wired[5] and the New York Times[6] and they may link to domestic terrorism and school shootings[7] where this pattern of complaining of possession also exists. 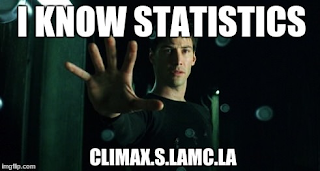 September 05, 2017
GL AR i E L IGHT , GO GO G AD GET RE AL K MAD e DEN The  Grinch  is a bitter, grouchy, cave-dwelling creature with a heart "two sizes too small" who lives on snowy Mount Crumpit, a steep high mountain just north of the town of Who ville, home of the merry and warm-hearted Who s. His only companion is his unloved, but loyal dog, Max . From his cave, the Grinch can hear the noisy Christmas festivities that take place in Who ville. Annoyed, he decides to stop Christmas from coming by stealing their presents, trees, and food for their Christmas feast. He crudely disguises himself as Santa Claus, and forces Max, disguised as a reindeer, to drag a sleigh to Who ville. Once there, the Grinch slides down the chimney and steals all of the Who s' Christmas presents, the  Christmas tree , and the  log  for their fire. He is briefly interrupted in his burglary by Cindy Lou, a little Who girl, but concocts a crafty lie to effect his escape from her home.
1 comment
Read more