Honestly, the writing is on the wall.

I wrote this yesterday, pretty much the "people of a" which I envision as some of group of spirits that might exist in another place also; I also believe they are actively "behind your eyes" and influencing how you take in and (don't) react to what you are reading.  That place seems to be Hell bent on making everyone here absolutely ridiculously stupid--and that's pretty much the only "take away" that you can get from  the global and unanimous lack of response to this story and this disclosure.   I believe it's fairly obvious that they have the power to stop earthquakes and to stop hurricanes and to stop 9/11; and from seeing a message about implementing pre-crime and ending world hunger and healing the sick... that it takes nothing more than breaking the veil of simulated reality--than showing the world that we are in Heavenish, to get pretty much everyone here on board with the idea that ... "pretending we are in reality" is Hell.

In song, since that makes me feel better, Bonnie Tyler sings "we'll never be wrong together, and forever's going to start tonight."  I am surely radical, and I've sat around experiencing the worst of our social conventions, from the broken "ice" system that is a decent microcosm for a Hell of being imprisoned in virtual reality and not even knowing it; to a harmaceutical industry that doesn't seem to want to take a clue that "science has done so" from the clear and obvious proof that we are being puppeteer-ed something like Pinnochio into walking into this crossroads between Heaven and Hell and hopefully seeing that the puppeteering has prepared us to not make the same mistakes that have come before.

Still we are here, and each day that passes the lack of intelligent response to this thought provoking and interesting message that happens to be in every word and every sign and every song; makes me wonder if I am Mr. Nobody in that movie, and if you are all lacking brains, that you are really not people--and while I don't believe that is the truth, the only logical alternative is that something outside of you is making you very, very stupid.  Continuing to "truck along" in fake reality, watching people be harmed and live painful lives instead of talking about the clear and obvious message from God, the one you are reading; well, that's stupid.  You might not like me, but you should like yourselves and your children enough not to want to hide the truth about our existence from here and now; and to see that if we were speaking about it, that it would make the future a better place.

I wasn't going to send this to anyone, but I hate wasting writing.  So, here.

As I walk down the hallowed streets of nearly cobblestone on Atlantic Avenue, ishing "the words of the prophets are written on the subway walls" to something like "are vibrating light echoing in the air" and ishing that "I know I'm one" in the Animals' "House of the Rising Son to ... well, you know: "I know I've won" these are the signs of Revelation staring at me in the face, making this magical mystery ride just that much more enchanting for me--and reinforcing Taylor early words, "when the light hits your eyes, it's telling me I'm right."  I know there's no way you could get the full effect of what it fells like to walk around in the House of the Great Light--that is, unless you open your eyes and look at the world around you.
DON'T FUCK ME TWICE 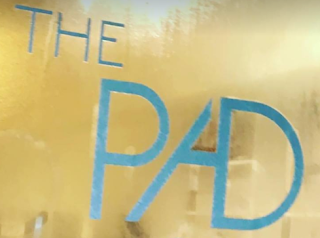 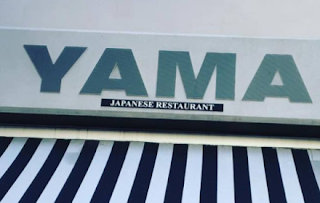 DON'T FUCK EITHER ADAM
These two phrases came oft repeated through the htuom of Jacob as I passed through the cavernous road in the Amduat to reach this  hallowed "grab my ass" and I do mean good morning, America.  Please note that when I say "fuck" I mean "screw" and when I say "screw" I mean jerk around.  This isn't working very well, what I am trying to say is "do n"and "dox me" and also don't try and steal Heaven from yourselves and our future.  That's what I mean.
It's probably "interesting" that when I said these things I was talking to nobody, to the air; and that the thing saying them was clearly not me--so this experience is something very similar to what I see going on around me--many other people acting as Persephones--conduits for communication from another place and time; and doing so for what appears be no reason other than to "further the story" that we all here are yet to see or experience, really anyway.  On the side of the coin, we are probably very much experiencing it, we just don't want to recognize that or acknowledge it to ourselves or the world, and that's probably "not us" and "not logical."  But hey, everyone's doing it, right?
and for those of you that told me (over and over) Jesus would never curse:

THE BUCK STOPS HERE
The message I am reading and deciphering and delivering to you in my hand ... is fairly clear; it not only tells us that a number of things that we probably all should and do want are not only possible but simple to do; it shows us how we might do them, and tells us very clearly that they've been done wrong in the past; and that together, working together, thinking logically, and with knowledge of past mistakes we can do it again better than ever before.  This map connects concepts like the WINE of Jesus Christ and KDE's Qt to a sort of halfway point between "simulated reality" and Heaven, that would allow us to literally perform magic here to do the right thing; and it's even gone so far as to tell us that these things are not only possible, that they've been done, and that we have access to those same tools--"previously enjoyed" and that all it takes to get the ball rolling is to talk about them, to discuss it; and this discussion is the heart and the purpose of the beginning of the Second Coming and the "carpenter" that is Jesus Christ.
Maybe not so clear to those of you that haven't been "watching closely" this story about mind control technology; and seen how it appears to be an "addendum" to the Apocalypse to discuss all the reasons you are wrong for judging me for being human--allowing demons to use invasive technology not only to destroy my and your privacy, but also to invade the sanctity of our minds--changing my thoughts very obviously; and yours so much less obviously that you probably don't realize how you stupid you look for deciding to stay in Hell instead of beginning to build Heaven because you think I'm not the best person for the job.  You'd rather have nobody help you, you'd prefer not to see the truth--and even worse than that--unforgivably worse than that, you believe you have the right to stop other people from speaking about and seeing something you know to be true.
You either fail to see or refuse to acknowledge the purpose and worth of Isaac's burning altar, of the Cross of Jesus Christ; and it is through that lack of care for me and for yourselves, and through that blindness that we are all still suffering to this day.   You are so blind as to be unable to connect the simple dots between a girl whose entire life has been orchestrated from Cindy Who to Little J to screaming "she's got no chain in her brain" to your own lack of understanding for why it is that you are not acting; and your lack of sympathy for the only person in the world screaming at the top of his lungs with not only plenty of evidence that this control exists, but a message about how to stop it and use it for the best interests of the world.
This what you have become, my worst, deepest, darkest fear. 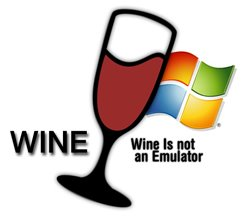 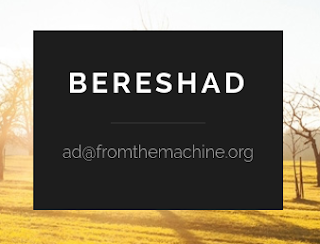 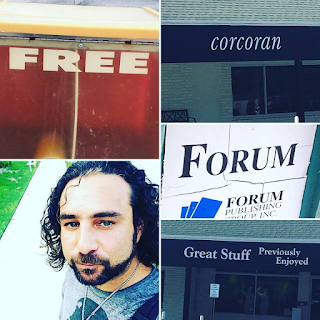 September 04, 2017
TABLE ROW, I AM TIME . The stories and characters I am explaining to you have something to with this event, from the snake being fought off in the move (and the story) of Ra and Horus--in "Gods of Egypt" this snake is a monster taking over your minds.  I understand what it means because I see it, nearly every day now--and you can be sure it's a very scary thing to see.  I have tried, in my mind, to come up with plausible reasons why you would allow such a thing to happen and not "scream at the top of your lungs" as I do when I see it... not just in you but in me also.  It once told me it "was me" but clearly it's not--and frankly I don't believe that it  was ever me , as I once thought possible.  Neither here nor there, if it was me and is now much older coming from another place, perhaps from "a previous Heaven" it's no longer anything like me, as I would never, ever, ever, take over my own body to mak
4 comments
Read more

This delusion we live in, this place called "Earth."

September 02, 2017
there's a fire  growing in my heart reaching a fever pitch thing is about to start Huracan [1]  ( / ˈ h ʊ r ə k ə n ,  ˈ h ʊ r ə ˌ k ɑː n / ;  Spanish :  Huracán ;  Mayan :   Hunraqan , "one legged"), often referred to as  U K'ux Kaj , the " Heart of Sky ", [2]  is a  K'iche'   Maya  god of  wind ,  storm ,  fire  and one of the creator deities who participated in all three attempts at creating humanity. [3]  He also caused the  Great Flood  after the second generation of humans angered the gods. He supposedly lived in the windy mists above the floodwaters and repeatedly invoked "earth" until land came up from the seas. The lore of " Huracan " says that he repeatedly invoked the name of Earth, to me it sounds like crying in the dark for a better place; and to see that he is I, begging to do  this again , well, it might tell you something about the "other place."  I sit here invoking " the day " ov
1 comment
Read more